Has a good colour scheme but the word mark devalues the design as its lazy and bland. Too many teams have been trying this and has backfired. The stripes and shoulder yoke are cool but it doesn't pop. The grey body doesn't suit the design and the logo. 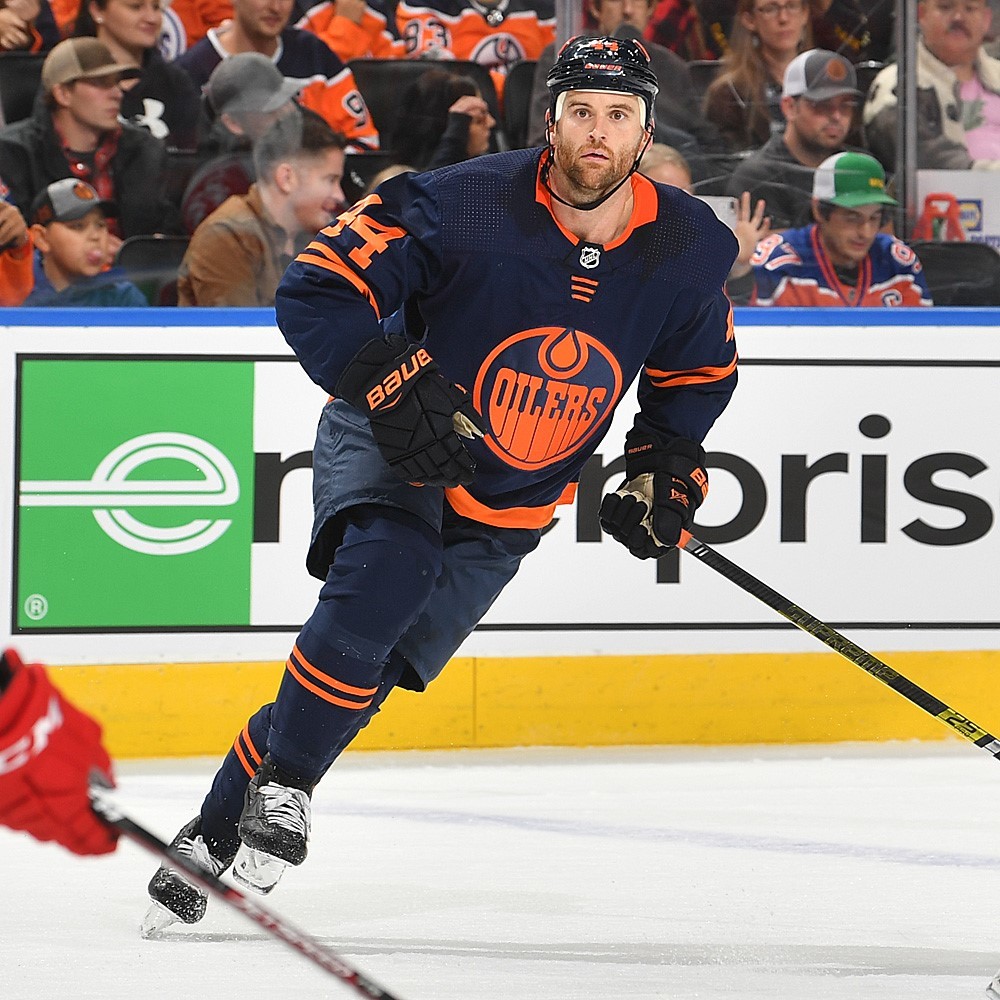 Unlike the previous two jerseys ranked lower, this jersey has the pop it needs to crawl out from the bottom of the power rankings. The problem is that its an odd design without a lot of good detailing on it. 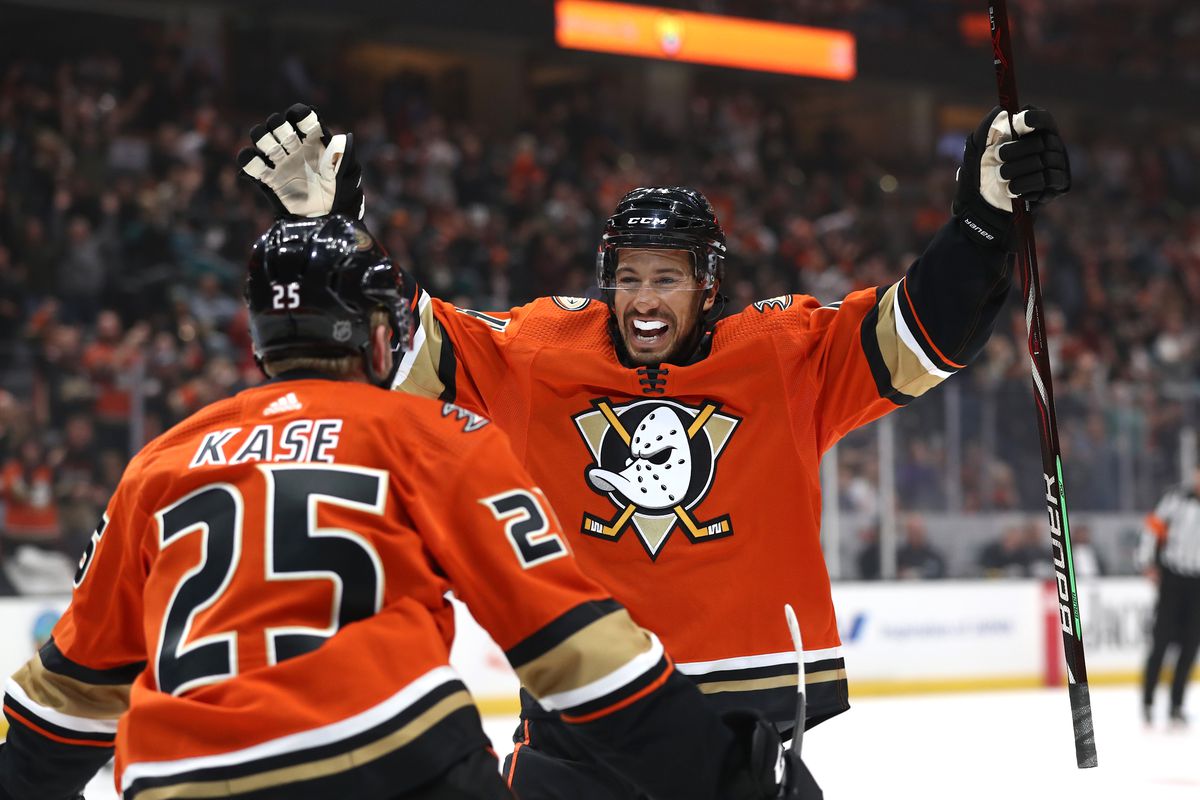 The Ducks did the right thing by bringing back the original Mighty Ducks logo but it has the orange, black and gold trim instead of the green, black and purple they had in the 90's and early 2000's. The silver season jerseys the Ducks during the previous season were better but too bad it was a one-off to commemorate their 25th anniversary.

This isn't a bad jersey but there are other jerseys on this list that have more stunning detail and character all around. Philly owns the nameplate and its implemented nicely on this jersey. 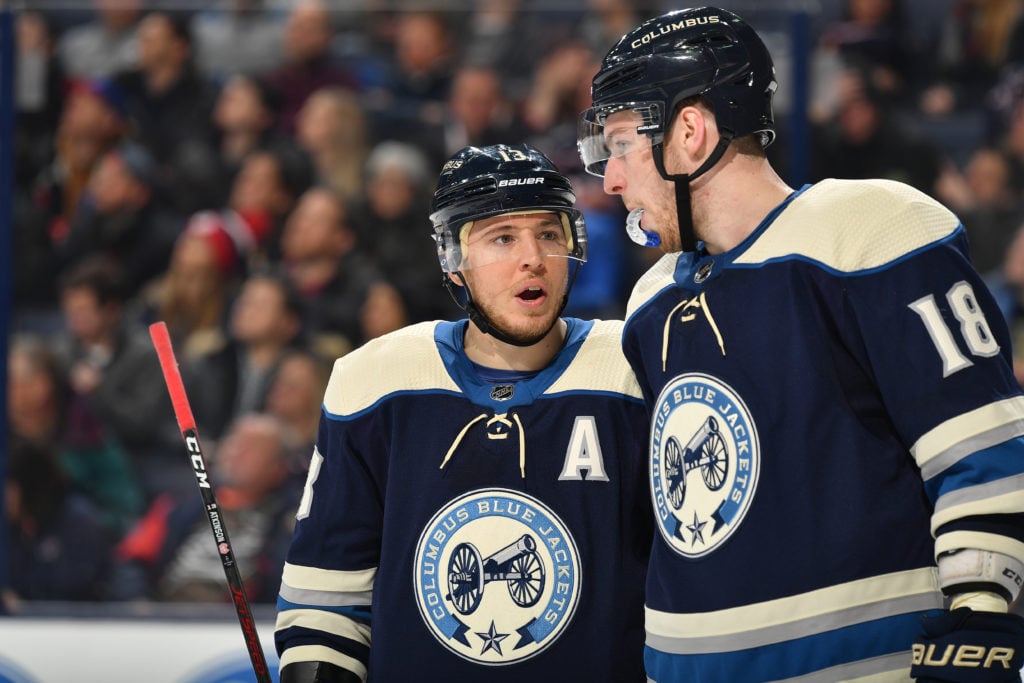 The patriotic vibe this jersey has rubs off on you in a positive way. The colour scheme doesn't go together as well as it should have and that's a missed opportunity because this jersey has the potential to be a top 10 with a better choice of colours.

The logo on this jersey is sharp as it has the four orange dashes across it to honour the four consecutive Stanley Cup victories. Not sold on the lettering kits for these sweaters but the overall design is nice.

The Colorado State flag and the logo for this uniform is awesome but it could use more pop. The Senators are recycling the 2017 Heritage Classic jerseys to market a product within their budget. That's a Eugene Melnyk move all the way. They're clean and have a bit of pop to them. The colours match up nicely. Not bad. Smart move by the Canucks to go with the white stick-in-rink logo instead of the blue one. It standouts more and it rounds off the green/blue combo nicely. 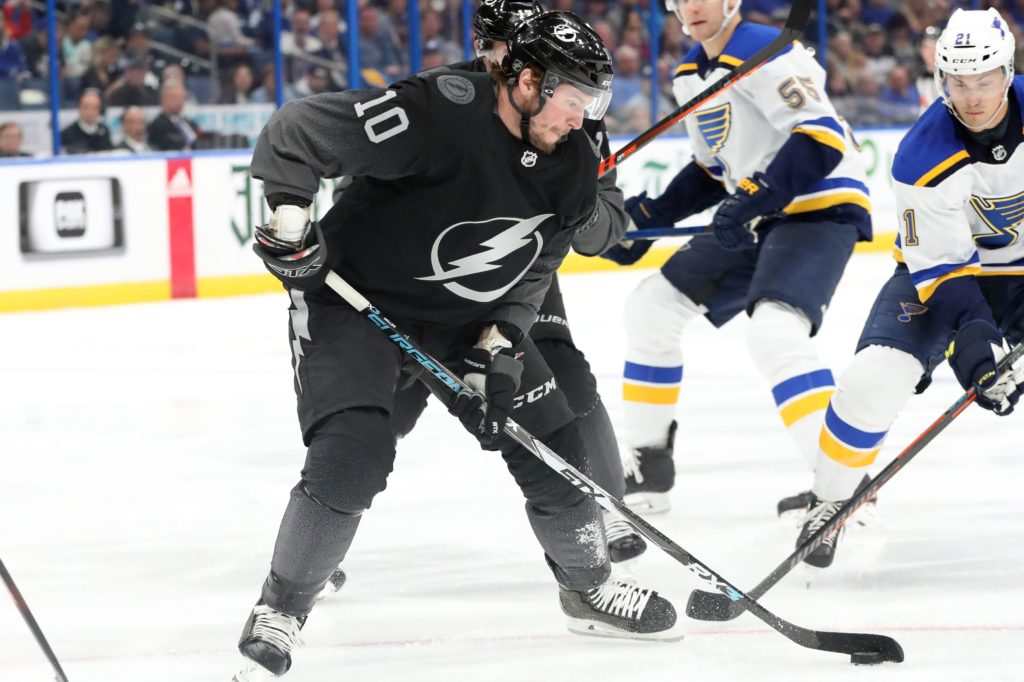 You have to admire the risk the Lightning have taken on to design a jersey with a gradient. Also known as the stealth jersey, this jersey was designed to be bold and elusive. The fact that this objective was met without making it look like a disaster deserves props.

Originally the 2017 Stadium Series sweater, this jersey was reintroduced in 2018 with some minor tweaks and it looks gorgeous. The black sleeves and the yellow body look fantastic with the stand-alone Penguin logo front and center. A simple jersey with well blended elements.

Most modern designs don't work and break from the traditional standards we're used to seeing. This jersey however is done right. Another stealth jersey makes it high on this list because it incorporates elements that take risk with a potential of a big payoff. The blended Shark and the futuristic heathering between the blue stripes fits with the Sharks brand beautifully. If the white lettering kits were blue instead, it would be top 5 on this list.

This classic jersey is light and has a vintage feel to it. The cream coloured white along with the yellow used as stripes fits nicely with the blue. Simple but yet not like any other jersey on this list. 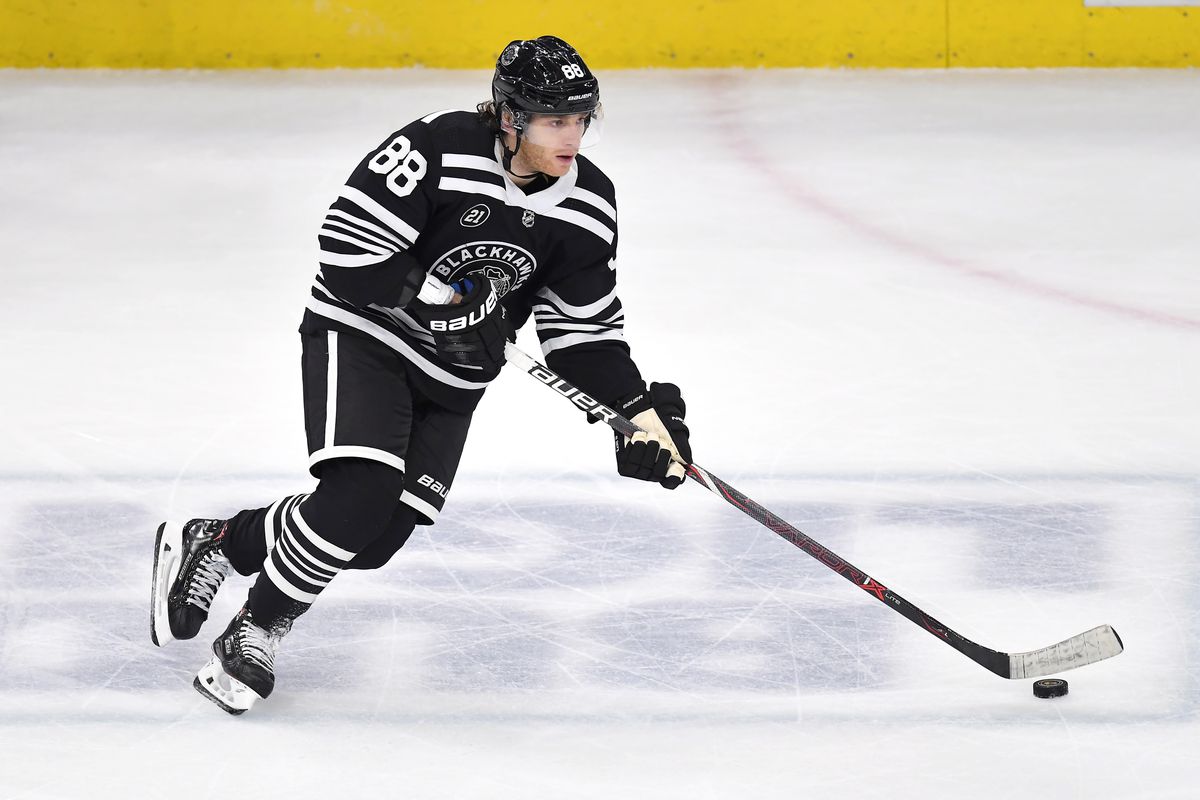 This jersey was so popular during the 2018 Winter Classic that it was brought back as an alternate for the 2019-20 season. A true classic with a busy striping pattern and circular logo is what makes it a winner and it might be around to stay for awhile.

This jersey offers a simplicity that works with their brand. There's just the right amount of yellow and white to go along with the black body that makes it hard not to admire. Even if you're not a Bruins fan, this jersey is worth adding to the collection.

The depth this jersey has is whats most impressive about it. The blended North Carolina State flag on the shoulder, the two storm warning flags on the front that symbolize a hurricane incoming, and the notch between the two flags to indicate the map of North Carolina is what sets this jersey apart from the rest. It was so well received by fans that the Canes used it for their home playoff games during their run in 2019. There shouldn't be a reason why they won't use it if they make the playoffs in 2020 either.

There isn't too many classic jerseys with a level of detail that look great. This jersey is the exception. The stars along the wrist and over the logo make it look gorgeous. The word mark logo surprising works well with the jersey. Will be a full-time alternate for awhile.

Some people will confuse this as a Heritage jersey but the truth is that its an alternate because this jersey is worn more than twice in a season. The Devils only brand as a Heritage jersey. For the 19-20 season, this jersey is worn four times and for good reason. They look stunning. The green elevates the whole aura of this jersey and it looks fantastic. It has a huge pop and a great mix between detail and simplicity. Well done. 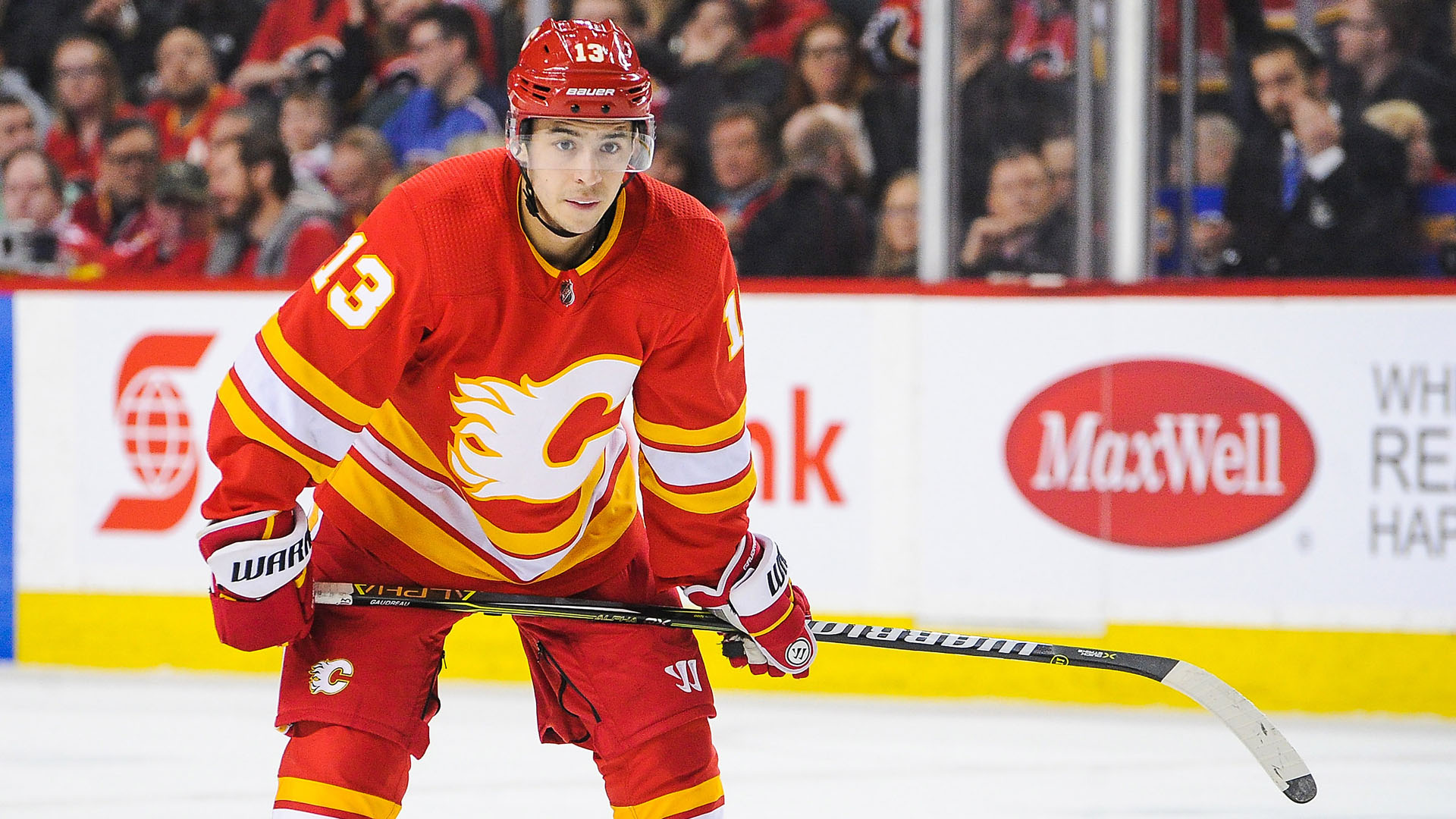 How are these not full-time home jerseys yet? They are bright, popular and stunning. It wouldn't be surprising if the Flames kick off the current home jersey in favour of this gem in 2020. 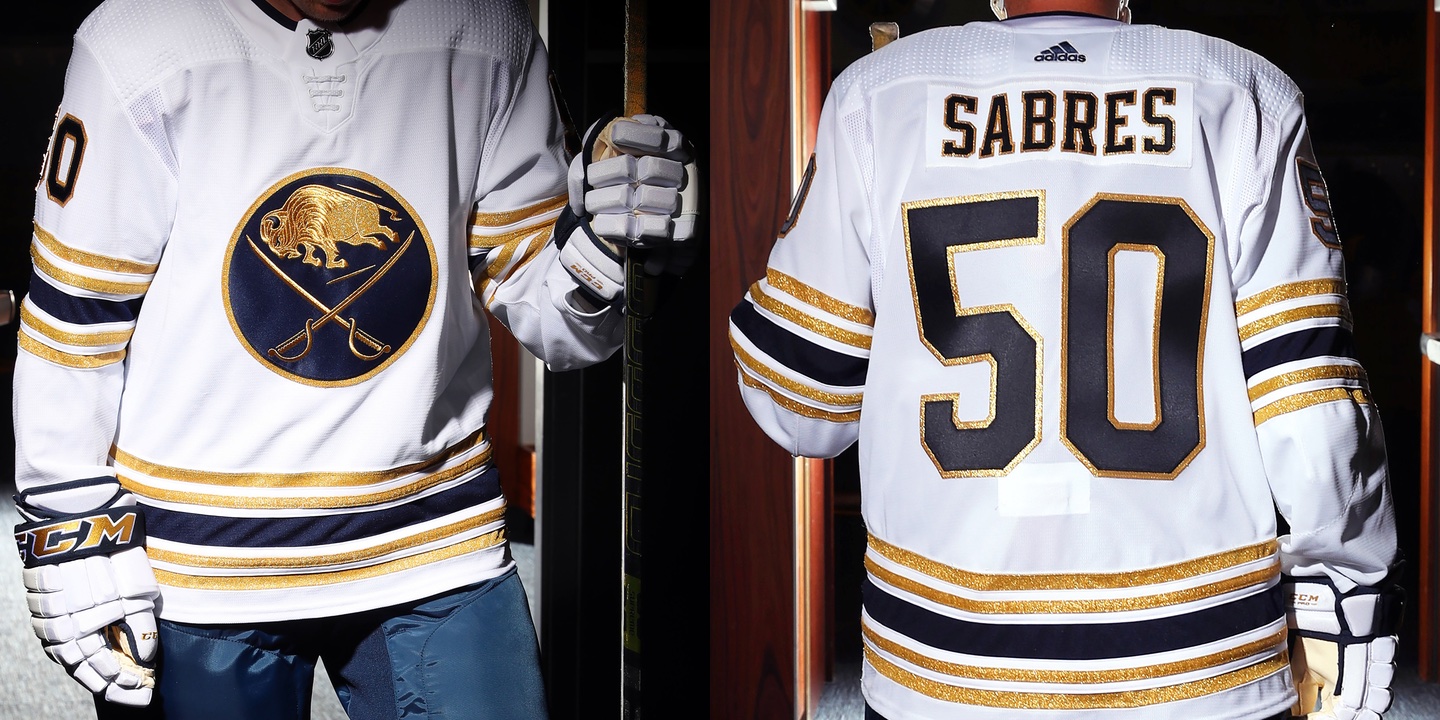 The white, gold and blue makes this sweater a star. This jersey has the highest amount of pop on this list and the five stripes to symbolize five decades was a risk especially if you line it with gold. The good thing is that the risk paid off and you now have a great 50th anniversary jersey that'll leave a lasting impression for years to come. The sad part is that this jersey won't be used next season as it's just a one-off. 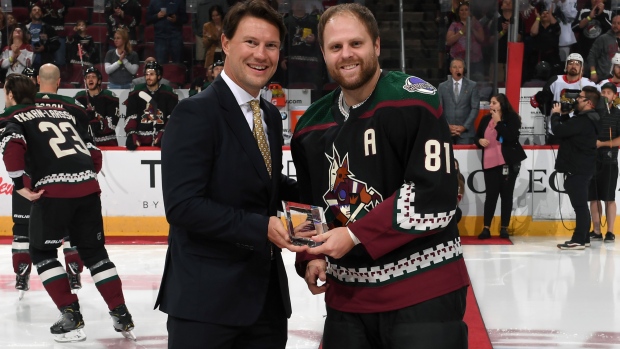 Remember in the 90's when these were considered to be the ugliest tarps in the league? Flash forward twenty years and they're now ugly enough to be a modern art masterpiece. The detailing is superb and unmatched by any other. Winner winner chicken dinner.

This article is brought to you in part by Oilfield Jersey Co. Head over there for authentic NHL & NFL fan gear.